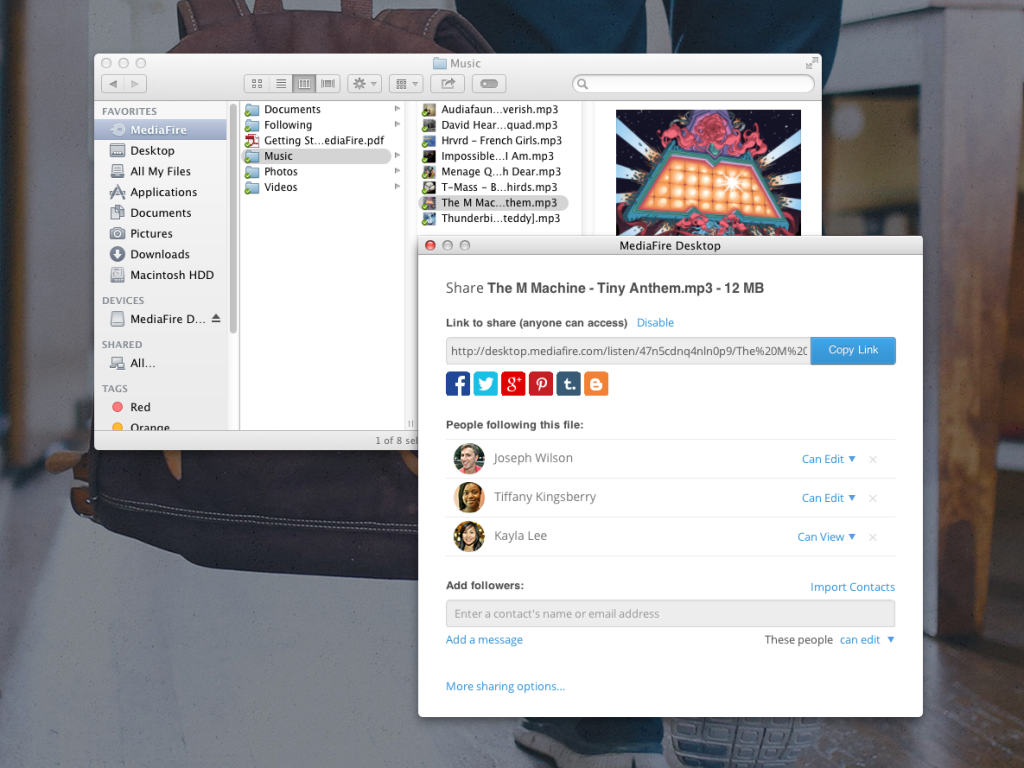 Today, we are excited to  announced the public release of MediaFire Desktop, a free application for OSX and Windows that enables users to instantly share, upload, and store their media in the cloud, directly from their desktop and Mobile Devices.

Since we launched our beta in November, over 2 million MediaFire users have used our desktop app; providing helpful feedback to our team as we have added new features and improved performance. We couldn’t have reached this important milestone without your support! (special thanks goes out to Jared Newman from Time Magazine, who pushed us to go the extra mile!)

To celebrate our official launch, we’ve completely overhauled our consumer cloud storage plans, giving users one terabyte of cloud storage for only five dollars a month. Now users can safely store and share all of their photos, videos, and files in the cloud, without having to worry about file size limits. As an added bonus, for a limited time, MediaFire is offering half off all storage plans, enabling new users to sign up for just two dollars and fifty cents per month!

We’ve also listened to our community, and are announcing several major updates, including:

Over the next few months, we will be launching several new and exciting products, including new and updated applications for iPad and Android (A screenshot of our iPad App can be found above).

How Can MediaFire Afford to Offer Users Such Lucrative Prices?

Posted in News, Website Updates
← Physically Send Your Media Into Any Cloud With MediaFire Stratus BetaMeet MediaFire For iPad →