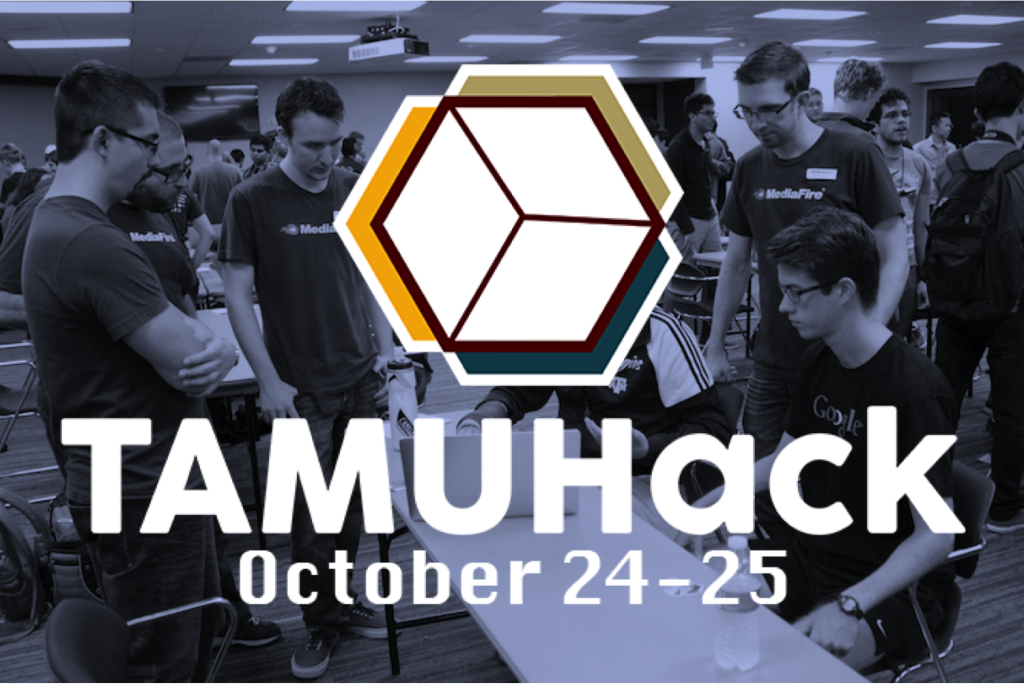 Last weekend, over 500 student developers gathered at Texas A&M’s Rudder Tower to participate in TAMUHack, a 28 hour nonstop hackathon designed to foster the next generation of great developers and technology startups in Texas.

The event featured sponsors and speakers from some of the leading minds in development and technology, including representatives from Major League Hacking, MediaFire, Google, AT&T and others.

TAMUhack was created by several Texas A&M Students with support from Major League Hacking, a global student developer organization founded with the mission to “Get young minds who share a love for technology and programming from novice to advanced skill levels under the same roof, and inspire the next generation of technology developers.”

At the event, MLH coach Justin Brezhnev delivered an impassioned speech to the student community, leading the entire auditorium in an opening chant of “we will hack”.

“What gets me so pumped up is that you’re probably going to see one of the most viral companies come out of one of these events,” Brezhnev said. “I look into the audience and I know that there’s going to be at least one person who raises a bunch of money and makes a gigantic impact on the world. The next five Zuckerbergs aren’t going to be found in a dorm room. They’ll be found at a hackathon.”

Derek Labian, CEO and CoFounder of MediaFire was excited to be part of the MediaFire team at the event, saying “As a startup built and founded in Texas, it is great to be able to work side by side with students to develop creative products and applications. Developer events like this are part of what makes the Texas technology scene so interesting.” For 28 hours, the MediaFire team worked side by side with students to provide instruction as well as support for our API and developer SDK’s. Some of the tools and creative projects developed by students using the MediaFire API will go on to become standalone products, and will continue to receive support and incentives from MediaFire to continue developing their projects.

Some of our favorite apps and services from the event include:

A simple command line tool for accessing Mediafire that enables you to upload, download, share, list, and delete your files on Mediafire. In addition, you can also run “one diff [file]” to find out if the remote or local file is most up to date.

A native MediaFire app designed for Roku media players. The app features the ability to search for videos based on metadata, and full video playback of any videos stored in the MediaFire cloud.

We will soon feature more in depth looks at these apps and services as part of our developer spotlight series. If you have a MediaFire powered application that you would like to see featured; contact brent.bucci@mediafire.com

The entire Mediafire team was excited to be part of TAMUhack, and we look forward to sponsoring future student hackathons throughout the US.

Posted in Uncategorized
← MediaFire is Pleased to Sponsor TAMUHack, a 24 Hour Hackathon at Texas A&M UniversityMediaFire In The News: Fall Edition →